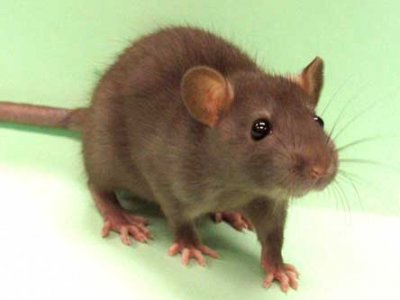 One of the most controversial aspects of the 5G system proposed for New Zealand (which is similar to the systems proposed for other parts of the world) is that millimetre wave frequencies are proposed to be used as part of the 5G systems.  The article below describes the adverse health effects (including  severe burns and death) that resulted when laboratory rats were exposed to millimetre waves. NB: Please note that part of the text includes graphic descriptions of the injuries suffered by the rats and does not make pleasant reading. Sensitive readers are advised not to read this post. NB: Most of the text for what you will read below has been excerpted from a supplementary submission written in response to the 5G Discussion Document that Radio Spectrum Management of the Ministry of Business, Innovation and Employment (MBIE) recently posted on its website. The full supplementary submission may be read at this link: https://www.rsm.govt.nz/projects-auctions/current-projects/preparing-for-5g-in-new-zealand/folder-potential-health-effects-of-5g-technology/attachment-submission-267.pdf (The submission above also relates how millimetre waves have been used in a weapons system developed by the US army and you can read this information excerpted from the submission by clicking HERE.) If you would like to read other submissions on the 5G issue they may be accessed via this link: https://www.rsm.govt.nz/projects-and-auctions/consultations/preparing-for-5g-in-new-zealand-technical-consultation/ and most health-related submissions may be found at this link: https://www.rsm.govt.nz/assets/Uploads/documents/consultations/2018-preparing-for-5g/402b273580/health-with-attachments-submission-preparing-for-5g.pdf

Animal test data on the effects of exposure to millimetre waves

Research conducted in China (“EEG changes and stress reactions in rat induced by millimeter wave” Sheng Wu Yi Xue Gong Cheng Xue Za Zhi. 2011 Feb;28(1):40-4.)  shows concerning effects from exposure to 35 GHz millimetre waves. The abstract for the study by Xie T1, Pei J, Li F, Huang X, Chen S and Qiao D may be accessed via this link: https://www.ncbi.nlm.nih.gov/pubmed/21485180 The full text of the study reports the following facts: A previous study showed that exposure to 35 GHz millimetre waves for just three seconds caused the rat’s skin temperature to increase by about 20 degrees Celsius and caused the rat to show heat-related pain/stress reactions including struggling violently. The intensity of the millimeter wave radiation to which the rat was exposed was estimated to be 7.5 W/cm2 (75 billion microwatts per square metre).  This is higher than the applicable current standard in NZ (NZS 2772.1:1999) which would allow for a maximum (non time averaged) exposure of up to 1 W/cm2 (10 billion microwatts per square metre) for the general public for 35 GHz. The full text also includes the following facts: Male rats were exposed to 7.5 W/cm2 of 35 GHz waves which was directed on a shaved area of their back.  This area had a radius of 0.75 centimetres. The rats were immobilised and an EEG was used to monitor their brain waves. Exposure to this level of millimetre wave radiation resulted in the death of the rats within 10 minutes. After irradiation began, the rats struggled continuously for the first 16 or so seconds then struggled intermittently until about the 30 second mark. Thereafter the rats breathed more rapidly than is normal for rats but did not move much until about the six minute mark when they struggled strenuously then entered what was described as a “failure period” and were dead within a few more minutes. In another experiment to assess the effects of the 35 GHz millimetre waves on skin, the results were as follows: Randomly divide 21 rats into 7 groups (3 per group): The conscious rat was fixed on an irradiation platform, and left standing for a few minutes to get used to the environment. For all groups, the average power density at the focal spot area was approximately 7.5 W/cm2  and the irradiation spot was on the rat’s back (from which the fur had previously been removed by shaving). Six hours after irradiation the rat were anesthetised so that a skin sample (10 mm × 10 mm) could be taken for further analysis. Key findings: When irradiated for 5 seconds, the epidermal cells were slightly swollen, and the blood vessels in the dermis expanded. At 10 seconds irradiation, congestion and inflammation appeared in the dermis. At 15 seconds, epidermal tissue was partially necrotic, and the hair follicle started to fragment. At 20 seconds, the epidermal tissue is basically necrotic, and the superficial dermis also swells. When irradiated for 30 seconds, the entire skin has been severely damaged. When irradiated for 50 seconds, the skin was completely necrotic and the skin tissue had been scorched/charred.

What can we learn from this research?

Irradiation with high intensity millimetre waves over 10 minutes causes severe pain and prostration followed by death, even when a comparatively small area of the body is exposed to the radiation. (A rat weighing about 250 g would be expected to have a body surface area of approximately 275 cm2 and the irradiated area was approximately 1.8 cm2.) Irradiation of a shaved rat’s skin for as little as 50 seconds completely destroyed the skin in the irradiated area. This study provides evidence that it would be extremely foolish to allow any increase to NZ’s (already lax) NZS 2772.1:1999 in order to facilitate the development of a 5G system. The study raises the questions of what would the effects of lower intensity whole body exposure to millimetre wave radiation on a 24/7 basis, such as would be the case for a person who is living and working in an urban environment where there are millimetre wave transmitters in close proximity. Some people who have developed electrosensitivity report burning sensations from exposure to source of electromagnetic radiation that penetrate deeper into the body than do millimetre waves. People who suffer from electrosensitivity (defined in my initial submission) are understandably alarmed at the idea that they could be exposed to millimetre waves that effectively target the skin surface and worry that their (already very unpleasant) existing symptoms could be severely exacerbated. However it is clear from the tests of millimetre wave based weapons systems and this animal study that millimetre waves of sufficient intensity can evoke pain and, with more than momentary exposure, have the potential to cause mild to severe skin damage in humans or animals which have been exposed to this form of non ionising radiation. I think it is not too harsh to use the word “torture” to describe the treatment of the rats in the study on which I have reported. Given that the effects of lower intensity, chronic irradiation by millimetre wave frequencies on humans (and our pets) are as yet unknown I would hope that Radio Spectrum Management would take a responsible approach and not auction or allow the use of millimetre waves to be used as part of a 5G system. If it turns out that constant lower level exposures to millimetre wave frequencies cause skin (or eye) damage that results in chronic pain for people living and working close to millimetre wave emitting small cells, given that neighbours of NESTF compliant transmitting equjpment have no legal ability to object to its installation or demand its removal, affected people could have no options other than to move house and/or leave their jobs. This would impact adversely on productivity. New Zealand cannot realistically hope to progress socially or economically if the government institutes policies that damage people’s health.  The facilitation of the proliferation of wireless infrastructure that produce non ionising radiation (such as RFR in the microwave range or millimetre waves) may allow telecommunications companies to make bigger profits. However, allowing the installation of infrastructure that produces RFR in the microwave range that is associated with increased risk of cancer in both users of some wireless technologies and people living in close proximity to cellular phone transmitters imposes a burden on individuals, families and our already strained public health system which has to foot the bill for treatment costs. The potential health consequences of a 5G system incorporating millimetre waves are not clear at this time although the wavelengths can be expected to interact with skin and eyes. Wired technologies such as the copper phone system and fibre allow for safe, corded phone systems as well as safe, hardwired internet systems.  Investing in these systems will allow New Zealanders to enjoy safe internet and phone access while still protecting health and maximising productivity. UPDATE:  If you are on Facebook, please like and follow the new FB page https://www.facebook.com/5GFreeNewZealand/

Thank you for reading this post on www.5G.org.nz, NZ’s 5G information website. If you found it to be interesting, please share it with your friends and family. If you would like to help in any way with the campaign against 5G in NZ, please email through the Contact Form on this website. There is a now Resources page on the site where you can download flyers and poster for printing and distribution and also download the new 5G Free New Zealand Personal Action Plan. We now also have an Events Page in which events relating to 5G will be listed as information comes to hand. If you would like to stay up to date with information on what is happening in NZ in relation to smart technology, 5G and wireless and health issues, please visit www.stopsmartmeters.org.nz  and email through the contact form and ask to be signed up to the free email list. This will mean that you receive occasional newsletters from Stop Smart Meters NZ which include information on 5G as well as smart meters and related wireless technologies.